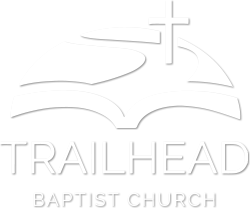 After close to a decade of fruitful ministry in London, ON, in February of 2008, Tim and Stephanie Roddick began a new season of ministry at Calvary Baptist Church in Pembroke, ON.  Over the past number of years as they cared for and ministered to dozens of families across the Ottawa Valley, Tim and Stephanie both developed an increasing desire to minister more specifically to the expanding population of Petawawa.

In 2013, they shared just such a vision with their church family; and less than a year later, in the spring of 2014, Tim and Stephanie were enthusiastically welcomed as church planters of the Central Region of the Fellowship of Evangelical Baptist Churches of Canada. Beginning in the fall of 2014, while continuing to serve at Calvary Baptist Church, Pastor Tim started to lead monthly Saturday evening worship services at the Petawawa Civic Centre; and on November 1st, 2015, God graciously opened doors for Tim and Stephanie to begin holding weekly Sunday morning worship services at Valour School in Petawawa under the name of Trailhead Baptist Church, with the church family now holding weekly worship services at Petawawa's Silver Threads Seniors Club.

Tim and Stephanie have two children (Brodie, 16 & Danica, 14), an aging pug named Yoda and a cat named Millie. Stephanie works as an Educational Assistant at Valour School in Petawawa, and their family enjoys spending time in the community visiting and playing board games with other families.